Odaro builds the future of sustainable power with Cummins.

Cummins was founded on innovation and resilience. Systems integration engineer Odaro Omusi carries that legacy forward into a future of green power. With the world demanding more sustainable power technology, Odaro and his team at Cummins, build strategic solutions to global energy problems — all from Columbus, Indiana.

With Odaro on the front lines, the future of electrified power is bright. As a systems integration engineer, he’s focused on bringing together hardware, electrical components and software to power fully electric buses — ones seen on the road today all across the U.S.

Growing up in Lagos, Nigeria, Odaro couldn’t always count on having access to electricity. His experiences without a dependable electrical infrastructure became a catalyst for his curiosity, inspiring him to become an engineer and find new ways to move the world forward. He does it all from Cummins headquarters in Columbus — a city in south central Indiana employing more mechanical engineers per capita than anywhere else in the U.S. Cummins is known for its diesel engines, but thanks to Odaro and others, this century-old company is quickly pivoting to sustainable power technologies, like electrified power and hydrogen.

“It’s about solving a problem with technology,” said Odaro. “If we go back to our core values, we can always pivot to new spaces.”

Indiana's connected business community gives your business the resources you need to find and nurture talent while growing your bottom line. See how business leaders have turned ambition into action in— Indiana, where Innovation Goes Further.

Your Idea. Your Impact. Your Success.

Year after year, challenge after challenge, innovation after groundbreaking innovation, you take on the unexpected to achieve your vision. From across the world, you bring your ideas here, and together, we bring them to life.

Here, you can be resilient. You can lean into the next opportunity, no matter what obstacles lie ahead. To launch future-thinking ideas, you need an economic environment powered by the future. Find that right here in Indiana — an inspiring destination for high-tech and high-growth companies. Ready to take your ideas further, with the people and resources to help you get there?

How can We help?

Whether you're starting up or expanding...Indiana offers the perfect environment for exploration, experimentation and research. Connect with one of our business development experts and be a part of solving the globe's most important challenges right here in Indiana. 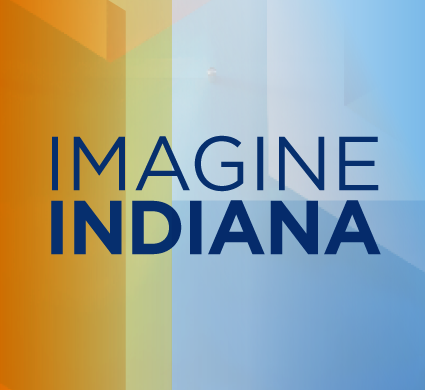